Don’t forget to comment on the Dislyte game page on QooApp and get the exclusive launch gift! Details of the event can be found HERE.

With a mix of modern and mythos, Dislyte invites players to fight against the forces of evil with a team of five characters known as “Espers,” each of whom has been granted special abilities based on mythological deities from cultures around the world.

Based on deities of Greek, Chinese, Norse, and Egyptian cultures, the game’s roster showcases an extremely varied array of both skills and absolutely fire character designs. Set in 2027, the gritty, futuristic urban environment sets the stage for some truly sick and stylish tune-infused battles. Enhanced by an intense electro-pop soundtrack, recruit a team of five beautifully 3D rendered heroes and clash against the forces of darkness in exciting turn-based RPG battles. Will good triumph over evil, or is the world doomed to plunge into everlasting darkness?

If PVP’s more your style, Dislyte features a mode titled Point War, an arena where players are randomly matched up with other Espers, allowing them to duke it out and level up their skills in the process. It also includes a gacha aspect; using earned gems, players can try their luck summoning Rare, Epic, or Legendary Espers via the Silver, Gold, or Platinum record players. Keeping to the company’s AFK roots, there is also an option to automate battles, allowing players to minimize the screens and do other things on their mobile devices during combat sequences.

Battle to the Beat

The combat and various story elements are injected with distinctive pulse-pounding beats across EDM, techno, and pop genres.

Explore and battle it out in an urban playground inspired by cities across the globe via spectacular, vibrant backdrops and scenes.

Dislyte merges deep mythological themes with an engaging storyline where every Esper is dressed to impress with the attitude to match.

Uncover new sounds, implement different moods and drop the beat with Dislyte’s music-based “Gacha” gameplay system where you’ll unlock your rewards by “scratching” the turntable like a real DJ! 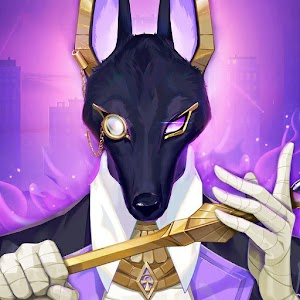