In celebration of the half-year anniversary of Marvelous’ The Thousand Noble Musketeers: Rhodoknight mobile game, the second wave of campaigns have been revealed, which includes a daily free 10 gacha pulls, two new cards for Like Two and Charleville, as well as a campaign to go through the story with 1/2 the SP cost.

From Sunday, May 12, 14:00 [JPT] to Friday, June 3, 13:59 [JPT], players can obtain a free tenfold on the Half Anniversary Rose Gacha! Up to 100 pulls can be done this way in total, and only cards that were released until the beginning of May are included in this pool. If you wanted to start the game, now’s your chance!

In this brand-new gacha, Filklevaart Collection, players can obtain the ★3 [ELAN May issue] Like Two (CV: Hirose Yuuya) and the ★3 [Be My Unicorn] Charleville (CV: Tachibana Shinnosuke)! Like Two’s card contains a story featuring Marks and Jitte, and Charleville has an exclusive story featuring Chassepot and Tabatierre!

You can also obtain their initial cards and past versions of their event cards in the Pickup Gacha also available. Both this and the previously mentioned gacha will be available until May 30.

▍Half SP and Level Up Campaign

In addition, there will be additional limited-time missions that offer luxurious rewards such as 1014 Rose Stones, training materials, and skip tickets! This is just the first volume of quests, with more to come in the near future! Now you can upgrade your units!

In this special Filklevaart Collection battle event, if you clear all of the story quests on Normal and Hard, you’ll get a lot of rare weapons and up to 3000 Rose Stones! That’s enough for 20 pulls on the gacha! In addition, you can get plushies of Like Two and Charleville in their special attires!

In this event, if you have any of Like Two or Charleville’s cards, they will deal increased damage to enemies, as well as have an increased damage resistance from the enemies’ attacks! On top of that, the new gacha cards offer point boosts.

On Saturday, May 21, 2022, at around 8:00 p.m. [JST], The Thousand Noble Musketeers: Rhodoknight Half-Year Commemoration SP Live! will be streamed on the official YouTube channel.

The program will include the latest information on the campaigns which will celebrate the half-anniversary on May 24, a reading play, a variety of programs, and much more! The URL for the live broadcast will be announced later on the official Twitter account. 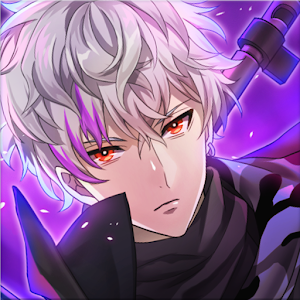