EA finally launched the port of their battle royale, Apex Legends Mobile to iOS and Android on May 17! The launch of the game comes with the introduction of their first mobile-exclusive legend, Fade, and free cosmetics rewards for new players!

Ignacio Huamaní was the youngest in a family of military-tech hunters. The family made a living taking weapons, and selling them to the highest bidders. As the youngest, he was the lookout, and eager to prove his worth, So he took on a contract with a mysterious client, and was tasked with acquiring the mysterious suit. But it was all a setup, and it resulted in his family being killed, and the suit sending him to the void. Years after being in the void, he returns seeking justice for his fallen family in the Apex Games.

Passive: Slipstream
Fade gains a burst of movement speed towards the end of his slides. The ability has a 10-second cooldown, so take advantage of it to slip away from close firefights!

Tactical: Flashback
Fade’s suit sends him backward through the void, sending him back to his last location 60 meters ago. The ability is on a 20-second cooldown. Players familiar with Overwatch’s Tracer will feel right at home with the mind-games of this unique tactical!

Phase Chamber
Fade arms, and then throws a fade grenade from his suit. After a brief delay, the explosion sends everyone in a wide radius into the void for 3 seconds. Players caught in the void cannot take, or deal damage, giving you just enough time to use a shield battery, and re-engage!

Players that download the game and play now will be able to receive a plethora of cosmetic rewards! All you need to do is download the game, complete the tutorial, and complete your first battle royale match! Afterward, head to the event tab, and tap on “pre-registration rewards” to claim your prize! 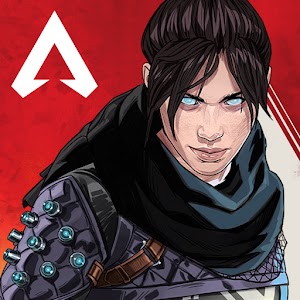