Welcome to &0 (And Zero), a detective and romance simulation app that allows you to experience a dazzling mystery and a lifelong love! As the heroine who has lost her memory, you will meet a bunch of ikemen detectives weaving an ultra-heavy story in a special encounter that happens only once in a lifetime.

But with thirteen super-hot boys ready to make new memories with you, it may be hard to find your cup of tea. Our &0 Character Guide will introduce all of the thirteen main characters (well, them and Tanaka-san, the dog at the office). That way, you can decide your favorites when you start &0 and aim for the cards of your favorite boys!

Get to Know the Detectives in &0!

A young man who is respected by both the police and the yakuza, and has the full trust of the director of the detective agency. Ever since the founding of the Hello Detective Agency, no one has ever seen him angry, but his private life is shrouded in mystery. So much so, that his private room located at the back of the office is strictly off-limits.

Birthday: April 4 | Age: 25 | Height: 183cm
Likes: Animal videos (he refuses to admit it, however)
Dislikes: Approaching women, people who lie and betray others
Curious trivia: He is rather cute when he gets drunk.

A serious and perfectionist ace detective who was once the prodigy son of a conglomerate.
Now, he is determined to make Hello Detective Agency the No. 1 detective agency in Japan. He has a surprisingly childlike face when his guard is down, particularly when he drinks. He also doesn’t know how to approach women.

Birthday: March 15 | Age: 24 | Height: 174cm
Likes: Going out at night, the smell of trees, taking naps
Dislikes: Being alone, having too much free time
Curious trivia: He is directionally challenged.

He is a dry detective who is handsome in every way and is very good at his job and extremely popular but avoids deep relationships. He is seen constantly taking “naps” in his office during the day, but that’s probably because he is out and about at night. When he gets drunk, he often laughs.

Birthday: October 8 | Age: 22 | Height: 174cm
Likes: The sea, surfing, browsing on his PC
Dislikes: Getting too intimate with others, hot/spicy foods
Curious trivia: He does not like his own name.

He is a gentle and kind detective who also has knowledge of hacking. He’s rather secretive about his origins, but loves his friends, and has no mercy for his enemies. Has a habit of fiddling with Rubix cubes while thinking, and can’t sleep when people are around him.

Birthday: June 12 | Age: 19 | Height: 167cm
Likes: Being with his senpai (protagonist).
Dislikes: Budget managing, people who lie
Curious trivia: He is rather adept at studying languages.

An apprentice detective who was formerly homeless. He is single-mindedly devoted to the protagonist, whom he often calls “Senpai”, and is wary of everyone else. He does, however, have a unique set of skills that he himself is unaware of. Admits that “without his Senpai”, he feels empty inside.

A detective with the best combat capabilities of the office. Has a face like a sparkling idol and extraordinary physical abilities. He is friendly to everyone, but he is not attached to anything and lives a light life. His motto is: “You gotta enjoy life. When you die, that’s it.” Lived in America when he was little, and sometimes doesn’t understand Japanese that well.

A lawyer-detective who takes too good care of his clients. He is Yuki’s right-hand man and loves to “spoil” him. For some reason, he keeps his lawyer’s badge hidden in the inside pocket of his jacket. Formerly a rough man, he is a dependable adult with an incomparable caring nature.

A former genius surgeon-detective who honestly just wants to die peacefully. He often chants himself as the “Clown of Darkness” and states that he suffers some sort of overly self-conscious disease. He smokes cigarettes to shorten his own life expectancy. It is said that when he gets drunk, he reverts to his “true self” and speaks in a Kansai dialect.

Birthday: November 2 | Age: 26 | Height: 176cm
Likes: Eating a lot, buying makeup
Dislikes: Laughing out loudly, exercise
Curious trivia: He might not look like it, but his strength is abnormally high.

A genderless detective who is also a master of disguise. They love beautiful things but hates their own face. According to them, makeup is gentle magic that bridges the gap between their ideal and reality. They do not like to exercise but are still skinny, gluttonous, and a fast eater. According to their colleagues, they are capable of eating a large amount of food in an elegant manner.

Birthday: Unknown | Age: 3? | Height: 39cm (large-port)
Likes: Getting petted by the members of the office
Dislikes: Being alone
Curious trivia: He views himself as a “trustworthy ally to humankind”.

A pug kept in the office. His collar is equipped with Waurilingual, a canine language translator created by Naito, which translates what he says into a Kansai Japanese dialect. He has a good-natured, friendly personality, and is loved by everyone (except Yukihara).

An honest man who devotes his life to his work as the lieutenant of the special task force that directs the scene of the crime. However, he is often insensitive to the favors of others. He is a bit of a natural at what he does and is faithful to his subordinates, earning him some popularity among the special forces. His hobby is eating sweets at convenience stores.

An elite detective with a tremendous desire to get ahead of the competition. When it comes to jobs that lead to the success he is motivated to do the work that will lead to his career advancement. He is a young and talented detective, but in fact, he is a complex person. He likes watching documentaries in his free time.

A hot-blooded passionate police officer who was formerly a Yankee. He became a police officer with a determination to “use his strength to protect people” after watching lots of hero-related movies as a kid. He still plays the alto saxophone he learned from his grandfather from time to time.

A doctor who is kind to his patients and too strict with those who aren’t. He works as if his life depended on it, and he is very indifferent to his own health and life. He cares about all his patients, even criminals. criminal or not, and never gives up on them. He loves pigeons, even going so far as to give them names when he goes to feed them at the park in his spare time.

Don’t forget to tell us what you feel about &0! Do you enjoy your romantic life with the ikemen detectives and police officers? Who are your oshi? 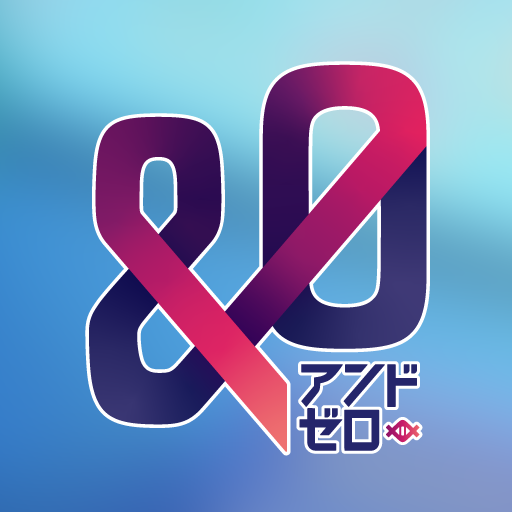