iOS: OS10 or higher, iPhone6S or later
Android: OS6 or higher, memory (RAM) 2GB or higher
* Wi-Fi environment is recommended for downloading apps.
* Some models may not be compatible with the mentioned versions or higher.
* About 2GB of free storage space is required to download the app.

The game revolves around Kazuma and his party who is crippled with debt. Players will have to clear quests to earn money to pay back the debt of 450,000,000 eris.

The RPG allows players to form teams with the characters from KonoSuba and unleash their unique skills during battles. Players will be able to revisit the important scene of the series from the fully-voiced main story and game-exclusive original story is also available. 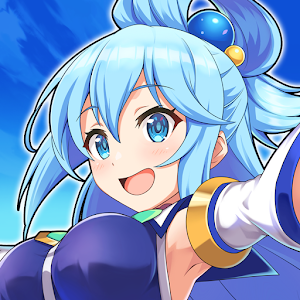