Marvelous smartphone rhythm game “Bakumatsu Rock ULTIMATE SOUL” (幕末Rock 極魂) announced that all of its contents will be free-to-play starting from 2nd May.

“Bakumatsu Rock ULTIMATE SOUL” is a smartphone title based on the “Bakumatsu Rock” series. It features all the stories and songs from “Bakumatsu Rock: Ultra Soul” (幕末Rock 超魂), which was released for PSP and PS Vita in 2014.

The smartphone game was originally a paid game, where players can buy stories and songs in the in-game shop. But after the updates, all contents are available for free, including the additional songs that are available only in the smartphone version.

Players will have to download the contents in the in-game shop and the price will show as JPY$0. Free contents are now available for iOS devices, while it will be available on 7th May for Android devices.

The story of ‘“Bakumatsu Rock” is set in the Bakumatsu era. The Tokugawa shogunate uses the brainwashing Heaven’s Songs by the top idols in Shinsengumi to subjugate the country and its people. In this Japan, writing or singing any songs besides Heaven’s Songs is a capital offense. Ryōma Sakamoto and the other rockers rise up and change the world with rock ‘n’ roll for freedom and justice. 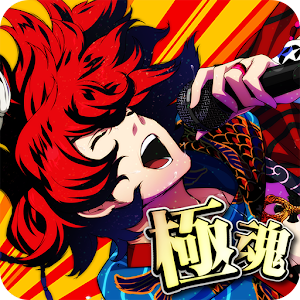