illustrator Kukka (くっか) is in charge of concept art and original character design. Tadashi Satomi, who created the story for “Shin Megami Tensei: Persona” and “The Caligula Effect,” is credited for the story. The project’s theme song and the anime’s opening song are created and performed by Tokyo Jihen.

The project’s keywords are “everyday life eroded by nightmares” and “old things that transcend over the theory of everything”. The protagonist Randōu Furukata is a normal high school student who was accidentally involved in a miserable and unusual incident. He was selected as the “Knocker-Up” who can travel between dreams and the real world and destroy the nightmare with unique abilities. This is a story about Randou entering the endless nightmare that he will never awaken.

“D_Cide Traumerei” is an adventure mobile RPG where players can enjoy a rich story in a fantasy world full of dreams and expressive characters.

You can deepen your bond by spending time with the characters and it may be the keys to solve the mystery hidden in the island.

The game features a simple and highly strategic turn-based command battle system. Make full use of the “Over Mode” (which allows you to become stronger for a certain period of time), and destroy the nightmares together.

Players can now pre-register the game via the official site. All player can obtain crystals for 10 times gacha and ★4 character when the pre-registration reaches 300,000.

The project also includes a TV anime titled “D_Cide Traumerei The Animation” which is set to debut in summer 2021.

The 3DCG anime is directed by “Tiger & Bunny” 3D Director Yoshikazu Kon and animated by SANZIGEN. Hiroshi Ōnogi works on the series scripts and Kohei Tanaka provides the music. The anime’s opening song “Kemono no Kotowari” (獣の理) is created and performed by Tokyo Jihen.

The anime story will be different from the game and centers on Ryuhei. As a child, he looked up to his older brother, but watched him perish in a mysterious incident right before his eyes. Now a high schooler, Ryuhei shows no outward signs of the trauma of that nightmarish incident, and spends most of his leisure time kickboxing. One day, while kickboxing, he encounters a creature that calls itself Tris, and is bitten by it, resulting in him having a strange dream. 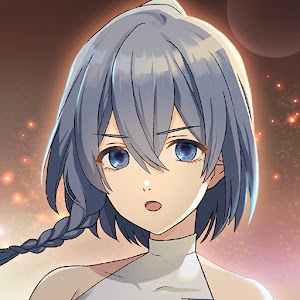