Tenkei Paradox is a 3D tactics RPG, featuring a high level of strategy, where players can take adventure together with their monster companions. The battle system is easy to operate and accessible for all kinds of players, even those who have never played a tactics RPG before. From challenging field gimmicks to huge bosses, there are various elements that players will enjoy.

During combat, it is possible to make monsters your allies and inherit their characteristics in battle, as well as have them battle alongside you. In addition to the main story, there are many other elements to enjoy, such as creating and customizing your own monster of choice. You can then pit that monster against other players’ monsters!

During the game’s story, the main character Macaron will travel across seven different realms, each with their own rulers, and attempt to unravel the mysteries of the world, alongside her kawaii mascot Hanpen.

Sofia, the tsundere swordswoman of the forest of Linya.

Nadhira, the princess of the sandy kingdom of Jahara.

Lysa, the cool-headed dagger user of the kingdom of Generoust. 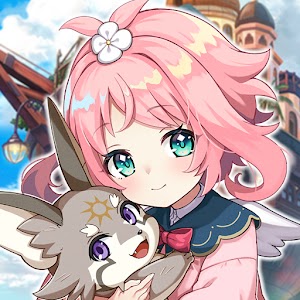