For those who like waifu game, Miko Note is definitely a nice addition with its beautifully executed 3D graphics and cute anime aesthetic. It’s combat is the usual turn-based system that found in most gacha game but yet you can still find its highlights.

It is a bumpy ride for the development of Miko Note when it was first announced by Delightworks and Miracle Positive Studios in 2019. The project was suspended after the tie-up of the two companies was cancelled.

The game project caught quite the attention after it got rebooted by Drecom in October 2021 and finally fulfilled its wish to launch last week. However, is Miko Note just another copy and paste anime-style gacha game or is there more substance lurking beneath the surface? Let’s find out!

ATTENTION: Before we begin, as a quick disclaimer, those living outside of Japan will need a Japanese VPN in order to play Miko Note so do keep that in mind if your game does not load!

After awaking with no memories, the protagonist wakes up to find himself inside Shinto Shrine next to a young Miko (also known as Shrine Maiden) names Yumi. Yumi allows the player to live at the Shrine until his memories return and the story follows the life you as you spend your days with the Mikos.

The game offers a lot of slice-of-life elements mixed with fantasy as you converse with the Mikos but also offers layered combat as you must join forces with the Mikos in order to fend off cursed spirits who seek to attack the Shinto Shrine.

Miko Note is broken up into the “battle” portion in which fights are conducted against the aforementioned evil spirits, and the “adventure” portion in which you can freely roam about the world and learn the backstories of the Mikos.

Overall, the story is fairly well-executed and acts as a nice change of pace from constant battles. It would have been nice had the story been integrated more so into the combat sections of the game instead of the two styles being entirely divorced from one another but both the combat and story do come out in full forced.

Starting with the combat, Miko Note offers a turn-based RPG combat system in which you control a team of Miko units who fend off against the powerful evil spirits.

Fortunately, all your Miko unit can be obtained in Main Story, but you do need to pull Kami (God) in Gacha which enhance the Miko’s stats and decide their skills.

The character training and party building elements will be no stranger to RPG players, yet it is still enjoyable to train your favourite Miko and decide the most suitable Kami (obtained from gacha) to pair with and make them even more powerful.

Additionally, there is lots more to do than fighting and story reading as players can also collect costumes for the beautiful girls, decorate the Shrine with ornaments and furniture, and compete in PVP battles.

In the PvP content “Demonstration”, you can fight against other players’ parties. The battle result will decide your ranking, and various items can be obtained depending on the ranking for each season.

There is certainly a lot to do in this game and it is very easy to sink an entire day’s worth of playtime into it!

Miko Note’s visuals cannot be faulted as the 3D animated sprites are incredibly fluid and smooth. During combat and the gacha summoning animation, the 3D graphics are so colorful and vibrant that it successfully highlights the skills of each Miko.

The 2D still images at the loading screen and live-2D graphics in the story are also gorgeously drawn, completing the whole gaming experience.

This all becomes more understandable when you realize that the famous Japanese illustrator, Shirabii (whose notable work include The Ryuo’s Work is Never Done!), is the person in charge of Miko Note’s character designs.

Miko Note, as an anime-style gacha game, doesn’t off too much in the way of groundbreaking gameplay or story-telling. While both of these aspects are serviceable enough to provide an enjoyable experience while playing, there is not much here that you cannot find elsewhere or in games you are likely already playing.

However, what makes Miko Note so amazing are its exceptional visuals and animation style. The characters of Miko Note breathe life into the game and make the somewhat seen before combat and story all the more desirable to play through!

As a gacha game, the characters are what will encourage would-be waifu collectors to stick around and potentially sink money into the game. Luckily, thanks in part to the amazing artwork from Shirabii, Miko Note does not have to worry about creating amazing character designs to hopefully keep the game afloat long enough to introduce more enticing stories and gameplay loops.

Will you be picking up Miko Note as a main or side game? Be sure to let us know what you think about it! 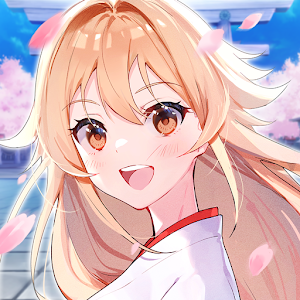