Amid the pandemic’s weakening, Gyeonggi Content Promotion Agency announced that Korea’s no. 1 game show PlayX4 2022 will be held for two days from May 12 to May 13 at Ilsan Kintex Hall 6 both online and offline.

Last year, the 2021 PlayX4 online B2B event attracted a total of 329 game companies — 142 game developers and 187 game buyers, recording an export of USD11,067 million and was highly recognized by national and international game industries as Korea’s no. 1 game event.

Genesis is a PvP SRPG mobile game where players battle against others across the world in real-time in one server and one build. Players can use various strategies depending on maps and equipment to win in each round. It also has a unique growth system realized by various equipment with over 200 properties, a character card system, and an upgrade system.

Genesis uses the next-generation technology that enables download in any internet environment on PC and mobile by clicking a web link without requiring app installation. Launched in December 2021 globally, it provides instant play and in-app payment services.

CorkGames is a professional game development company that develops various games with an in-depth world structure to provide fascinating gaming experiences. The developer has been conducting research and development since 2019 to develop games that are committed to intrinsic value, rather than pursuing a BM structure such as Gatcha and ads and making various attempts in all genres; casual, defense, puzzle, simulation.

Survive in the breathtaking timing game!

Is It You? is a game optimized for online streaming. Enjoy the breathtaking timing game with friends from all over the world! There are games that you just want to hear, such as “Police and Thieves” and “Find Humans!”

Currently, it is developing the online VR battle royal game Ancient Arrow and VRMMORPG Monkeyking of Chaos VR. The members of 126 are working on VR MMORPG using know-how from successful projects such as Scions of Fate, ArcheAge, and RF Online.

Snowpipe Inc. is currently developing a Zombie Apocalypse SLG, Project S, that is set to release at the end of 2022.  With the overall look and feel targeted for global users, Project S stands out from the herd of Eastern mobile games – showing the potential to become an eye-catcher in both Eastern and Western hemispheres alike.

It not only has exciting content like PVP shelter raids, Guild wars (to be updated post-launch), and others, the game also contains cinematic cutscenes and various PVE contents as well; thus, appealing to an enormous user base who love video games based on a zombie apocalypse event.

Bolster your shelter defenses to fend off your enemies and upgrade your troops to survive and prosper amid an apocalypse!

The mobile game company located in South Korea has recently carried out an OBT in Japan of its AR/LBS title, Transformers Alliance, and has yielded meaningful results including an average retention rate of a staggering 65%.

S&J SOFT is a Korean studio that specializes in low specification games for every age. Its latest entry, World Economy features realistic content providing knowledge and fun information that can be shared with people around. The game also has various BM structures, not relying on fee-charging.

Guitar Girl Match 3 is a puzzle game centering on a girl playing the guitar. Players will join the girls’ daily lives by putting pieces of puzzles together. Gather about 100 types of clothes and accessories and adorn lovely on warm spring days! Make the girl good days with various fashion, from casual to busking punk styles!

Found in 2017 as a casual game development company and incorporated into NEOWIZ as a subsidiary in 2020, NEO POP is specializing in developing match 3 puzzle games. The developer is currently servicing various casual games in the global market such as fighting puzzle game ClashPOP, Sweet Macaron match3, and Cake Cooking POP Match3.

LOCSTAR is a professional localization company that provides localization services to companies advancing into global markets.

1010! Match Color Blocks is a new color match 2 puzzle game that is easy and fun for all ages. BORNSTAR SOFT aims to develop and service creative games in the global market. Focusing on the casual game genre, the company makes adventurous attempts to develop game content with new materials and fun.

VisualLight aims to brighten the world through games and content. The company unceasingly tries to enlighten our stagnant thoughts and infuse open-minded thoughts by reflecting on the world through creative content from a variety of perspectives. They also love new challenges and are expanding towards various platforms such as PC, console, and mobile and new technology fields such as VR, AR, and AI.

OWL GAMES is a mobile game development startup. The key personnel consists of masterly game developers who have over 15 years of experience and are developing competitive and marketable games.

Currently, Puzzle & Rougue is underway for release in late 2022. It is a match 3 puzzle RPG, with a loglike system applied first-ever in puzzle RPG. The game features a different formation system from other RPGs and skill customizing system and a special nine-types block combination system intended to provide a new, unusual fun. It also comes with a variety of single and multi-play content and entertainments for never-ending fun. Stay tuned for Puzzle & Rogue which will come out in late 2022.

ACTIONFIT is specializing in global services for domestic mobile games. Currently, the company is developing an incremental RPG and puzzle game and is highly interested in P2E models. It mainly focuses on UA marketing through global network channels and optimizing ad and in-app profits.

The company is now servicing 10 games directly by self-publishing and has worked for marketing and profit optimization of over 20 games across the board.

In Project X, players collect and grow various characters of over 80 types and furnish their own islands, and protect them from enemies by building structures and defense towers. Also, they can organize an army by training monsters encountered in adventures and plunder resources and coins from other players’ islands. The company is developing this P2E game with the hope to be enjoyed by all players.

Zombie Defense (working title) is a mobile android game in the defense genre. It is set in a high school in Korea where the zombie virus breaks out in 2028 and tells a story of teenager immune survivals rescuing the school occupied by zombies. It provides 12 characterful characters in total, featuring various entertainments such as stylish actions, strategies, and character collection.

EMP EMOTIONCAPTURE is the nation’s best motion technology company. In partnership with around 200 companies such as SK Telecom, SM Entertainment, Giant Step, NC Soft, and Nexon, we have been positioned with significance in various fields that require high-quality motion.

The Joseon Metasillok, scheduled to be officially released in the first half of this year, is a large open world-based living metaverse system. In the 3D large open-world metaverse 10 times the size of GTA, players can simultaneously access the Joseon Dynasty culture and enjoy the culture of the Joseon Dynasty.

Happy Daram Inc. is a company specializing in technology-based cultural content. It has released an early access version of ‘JOTAVERSE’, a metaverse platform set in the Joseon Dynasty. ‘Happy Daram’ means ‘happy chipmunks’ in Korean.

Developed by an indie game developer Team Codroid, THE BARRICADE is a highly addictive strategic game that unravels a story speedily. Players are to protect the earth’s last defensive aircraft BARRICADE with soldiers of a space union against alien’s attack, precisely zombie’s attack. Players can organize an army with scores of soldiers of their choice and grow them by setting up their own strategies.

Also, they can set a record by warding off countless zombies surging in using their strategies and competing against other players! Explore various combinations and challenge the ranking, considering various synergies, items, and runes! It is in the final touches and more content will be added moving forward.

Under the slogan “Imagination to Reality”, Paprika Industry inc. has been well-respected by various companies from 2014 to the present. Throughout the extensive experience, Paprika Industry is preparing to launch ‘Fatal Bomb’, ‘Blue Hub’, and ‘Typle’; the online gaming, meta bus platform, and social media. Their vision is to provide a strong connected entertaining world that transcends the online space based on Paprika’s genuine in-depth product knowledge.

Hoochoo Game Studio is an indie game startup that made an appearance in 2020 by developing and early-releasing No Umbrellas Allowed through the Steam platform. No Umbrellas Allowed is a simulation game running a secondhand shop in a future city in 2080 where greed is a crime. Players can have fun while increasing profits by appraising sundries using various tools and bargaining with customers in real-time. Officially released in September 2021, the company is making it available for console and preparing to develop a new game.

Developed by BePex, BEAT THE BEAT! which is a mobile game in the rhythm action genre. It requires side-scrolling to break notes as it does not use the top-down system that other games are generally employing, where notes come down from the top. It provides characterful backgrounds for each song and features real-time reactions to music and cyber game concepts.

BePex Co., Ltd. achieved successful seed funding from the Indonesian conglomerate Salim Group in January 2021 and is expected to have potential in the Indonesian market. BEAT THE BEAT! will be globally released in 2023 and is looking for publishers, investors, and composers to work together.

PLAY Mephistowaltz is a one-person development company that intends to make positive effects in the world through cultural content, and games. It has been nationally and internationally recognized for its unique graphic and game design. It has also won at Tokyo Game Show Indie Prize (finalist) and Game Art & Design Invitation in world design. Its latest entry, Haru and Wonderland, represents intrinsic fun, beauty, amazement, fear, and curiosity in adventures. 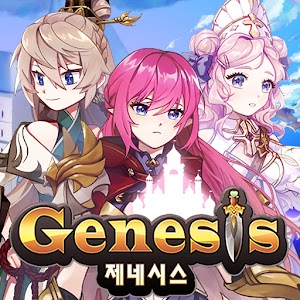 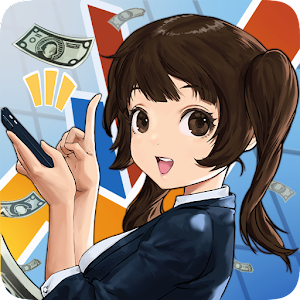 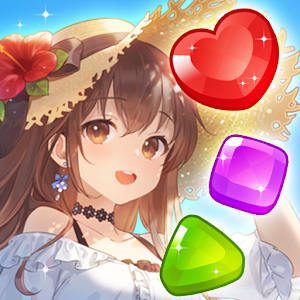