The story of Action Taimanin begins in a very cinematic way, quite literally as the opening of a fully animated and subtitled short trailer that explains the universe briefly. This comes as quite a surprise if a solid story-telling is not really expected in a fan-service-comes-first title like this. But it definitely completes the gaming experience when the cinematic opening almost looks like a scene captured from an anime series.

According to the narratives, the current dystopian world is not what it always was. Once, the humans and demons lived in peace and harmony without any wars. But due to the equality in the power of both races, the demons began to take control and resulting in a chaotic warlike situation with the human race in the blink of extinction.

To fight and defeat the demons, mankind built a team of fine ninja girls called the “Taimanins”, who possess strong powers and superhuman capabilities in battling against the demons. The story gets further complicated when some of the Taimanins take their side with the Demons and appear as Adversaries. Overall, a good mix of action, romance, dark, gore, and betrayal themes will get you right into the game’s worldview.

Action Taimanin has so many different stylized full-fledged 3D girls that it’s almost impossible not to find your favorite type. A wide range of skins is also available for the girls and it not only changes their appearance but also gives them unique animations in all of their skills during combat. The characters range from hybrid animal ninjas, ninja nurses, ninja teachers, ninja jailers, etc. The skins, on the other hand, can get quite creative and pretty PG 18+.

Action Taimanin has 2 different sets of characters: Taimanin (Main characters), and Supporter (Sub-characters equipped to Taimanins). Each Supporter has its own unique skill set as well as exclusive weapons. These can be obtained via the gacha system which works like every other gacha system on the basis of probability.

The gacha also has a good mix between the characters and weapons, with a higher chance to summon the Supporter to flavor players who prefer getting waifu than the weapons. But in my opinion, the weapons look pretty cool as they come in all shapes and sizes – Katana, Japanese Blades, Chinese Swords, Ninpo, Wood sticks, and basically everything that comes into your imagination.

▍Action-Packed Combat Pumps Up Your Adrenaline

The combat of Action Taimanin is rather simple and intuitive. It reminds a lot of the old-school arcade fighting games where players have to pull off combos instead of just tapping on a single button to execute a skill.

While executing the EX Skills of the Supporter comes with a fully animated cutscene that makes the battles more immersive and impactful. The hash-and-slash gameplay also gives you the thrills with a wide variety of enemy mobs available to slay. You will proceed to the next area once you slay all the enemies in the current area.

The game offers the same versatility that many action games provide by giving players the option to play it with their Xbox One or Playstation controllers. This further enhances the action-packed gameplay with smooth action and handy control. Even on mobile devices, the dash mechanic which is often limited to certain uses within a span of time is unlimited in Action Taimanin. You can also unleash combo attacks by pressing the keys in different sequences for a powerful blow.

Action Taimanin offers different ways to increase the CP (Combat Power) of your taimanins. Battling with your Taimanin is the only way to increase their level, so it gives you the incentives to use different characters. Another way to increase their stats is by increasing their Level Cap. Players can find the required materials in different dungeons. The great thing about the leveling experience is the x5 gains option which significantly reduces the grinding time and efforts required to farm materials, especially as the game lacks an Auto-Clear mode.

One of the funniest systems in Action Taimanin is to interact with your waifus to unlock more animation that they perform in combat. Other things that can be unlocked as you gift them and increase affinity with them include – Premium currency, different poses, gacha tickets, and character-specific emblems to enhance skills. The Taimanins with high-affinity levels will gain 20% more experience in quests which means that they are easier to level up and train.

Action Taimanin also has a variety of content for all levels of players – early game, mid-game, or end game and the content doesn’t seem to stop as the developers recently shared their plans to expand the player level cap to introduce harder content.

For PvP lovers, the Battle Arena is the perfect place for you to climb up the ranks and show dominance. The victorious players and those who have placed in the top rankings earn a hefty amount of premium currency as rewards when the Arena season ends every week.

In the Arena, players challenge each other in a classic 1v1 gameplay. Unfortunately, the match was fought automatically by AI and players had no control over their actions. Real-time battles will make this system much more interesting when players could show off their learned moves and combos.

PvE content remains consistent and in line with similar RPG titles and nothing new was found. The game does have a unique mode, known as the Arena Tower. It consists of 50 different floors with each having its own boss, providing great rewards and resets once every month.

Action Taimanin does justice to the concept of a thrilling action game and takes it to the next level with gorgeous 3D graphics. Though little to no quality-of-life features make heavy grinding a great obstruction to training the girls. However, the fluid combat and sensational story are intriguing enough to keep you playing, and can’t help but wonder what happens next in this epic fight of human vs demon. 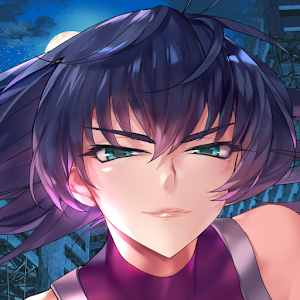