As the latest action RPG title developed by WFS and published globally by Square Enix, Echoes of Mana features an action-packed 2D combat system, which reminds a lot of the signature gameplay of the original Mana game.

Duran is a massive Strength-based damage dealer who can deal a decent DPS while also being sturdy. His special technique lets him deal 80% Physical damage and slashes up to a maximum of 8 times in a row for an 8-hit combo. More importantly, Duran’s passive skill will start the match with a 100% ST boost, meaning that he can use his ST right off the bat without the need to use his other skills.

Just like Duran, Sumo is also a great damage dealer, with a super useful cure skill that can recover his HP at the cost of Mana. Much like Duran, Sumo’s passive allows him to start the match with a 100% ST gauge. His ST (Special Technique) is a 6-hit combo damaging skill that deals physical damage that scales according to his Strength.

Riesz shares the same passive skill as the one mentioned above where she starts the match with a 100% ST gauge and is able to use her ST immediately. Riesz can be your core DPS as her second passive skill allows her to get 15% increased skill damage while self-increasing her Strength attribute. Her ST skill can do 5-hitter combo damage to enemies and this damage is Physical damage that scales with her Strength. Hence, if timed properly her ST can deal massive damage with all the boosts on herself.

★4 Shiloh (Encounter Sprung from a Seed)

Unlike others in this tier, Shiloh deals damage according to his skill levels. His Special Technique is only a 2-hitter that deals physical damage but scales according to his ST level. His multipliers are quite insane with the potential of killing bosses all by himself if his ST level is high enough. He also has a passive to start the battle with a 100% ST gauge. His second skill is a 3-hitter damaging skill that deals physical damage and scales according to the Skill level.

★4 Popoi (Headed for the Home Village)

Popoi is quite the mixed damage dealer as he/she can deal both physical damages as well as Magical damage. His/ her ST can deal physical damages to the targets, hitting up to 4 times, and the damage scales according to the ST level. His/her first skill, on the other hand, allows Popoi to deal Fire magical damage to the enemies, hitting 5 times and scaling with the skill level. His/ her passive also provides him/her with a 100% ST gauge boost.

Angela is considered to be the current best option as a Magic DPS unit for a Magic team due to her high base stats as well as scaling skill power. Her first passive provides her with a 100% ST gauge initially at the start of the battle. Her ST ability allows her to deal magical damage to enemies, hitting up to a maximum of 6 times, and the damage scales with her ST level. Her skill deals Water elemental magic damage but hits only 1 time.

★3 Charlotte (Fifteen in the Flush of Youth)

Naturally, being a 3-Star unit, Charlotte has lower base stats than a 4-star unit, but the reason why she is in the A tier of this Echoes of Mana Tier List is because of her usefulness as a Magical damage buffer and sub-DPS unit in Magic teams. Her passive provides a 6% INT boost to herself and a paired ally continuously. Her ST skill deals magical damage which scales according to her ST level but hits only 1 time.

Serafine is quite the dull character but can be shifted to A tier in this Echoes of Mana Tier List if her multipliers are better. Currently, she can be considered playing the role of Charlotte, but for Physical teams. Her passive boosts the Strength herself as well as a paired ally by 6% continuously. But unfortunately, her ST skill is just a plain and simple single hitter damaging skill that deals physical damage which scales according to her ST level. However, considering her being a 2-star unit, she can still be a useful supporter if you are trying to build a physical team.

Julius is a curious case as he deals Fire elemental Magical damage with a surprisingly decent amount. His passive provides himself and a paired ally with a 6% INT boost continuously. Furthermore, his second skill gives him a 10% INT boost for 60 seconds, and the effect can be boosted by the Skill level. His ST also deals Fire elemental Magical damage but it hits only 1 time.

Lekius is a Bow user that deals damage from range but on the downside, the rest of his kit is quite bad. His passive grants 6% STR to himself and his paired ally. His second skill gives him 25% SPR and can go further to 35% depending on the skill level. However, his physical damage skill deals pretty low damage. Also, as this skill scales according to levels instead of STR, it makes him passive and less useful compared to others in this Echoes of Mana Tier List. 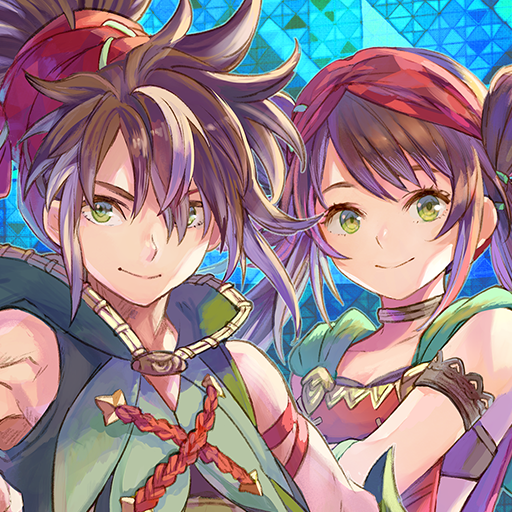