The Quintessential Quintuplets movie revealed a final trailer ahead of its release on May 20! The trailer shows brand new scenes of the girls, the final school event the cultural festival, and Fuutarou is ready to make the ultimate decision!

The story of The Quintessential Quintuplets centers around high school student Fuutarou Uesugi, who struggles as a part-time tutor for the beautiful quintuplets that hated studying. Over time the bond between them has grown and Fuutarou grapples with his feelings about the quintuplets as they come to terms with their own feelings for him.

The series will reach its conclusion, as they celebrate their final school cultural festival together, the identity of Fuutarou’s first love is revealed, and he realizes who he truly loves.

Since May 5th is also the birthday of the quintuplets, the series has announced a plethora of new merchandise to be purchasable as theater goods! Pamphlets, clear posters, acrylic stands, and badges will all be available in theaters in Japan where the movie is viewable. In addition to the standard pamphlets, a special 80-page full-color version will be available. The special pamphlet will have gravure, and interviews of cast members Yoshitsugu Matsuoka, Kana Hanazawa, Ayana Taketatsu, Miku Itō, Ayane Sakura, and Inori Minase! 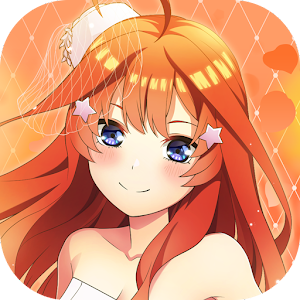