Code Geass: Lelouch of the Rebellion Lost Stories is the latest tower defense RPG by DMMGames taking place in the fan’s favorite Code Geass universe. The mobile game offers a similar plot as the original anime but also offers a twist when you (the protagonists) are added to the main plot as an original character that is available exclusively for the game.

While the response to the game was massive in Japan, making it one of the top 30 highest-grossing mobile games on Japan’s Google Play last week, we have prepared a Code Geass Lost Memories tier list for those who are considering diving into the game!

This Code Geass Lost Stories tier list will list the best 4-star and 3-star characters that help complete a strong team. Keep in mind that this tier list is according to our own observations and you can feel free to use whoever you find best and suitable for your team!

4-Star Suzaku Kururugi is a Charger-type character with 6 Placement Costs. Suzaku is an amazing ranged hero, who helps you deal with early contents that require aerial damaging ranged units.

His active skill White Knight Awakens is an amazing boosting skill that boosts your cost gathering by 7 every 30 seconds, 5 seconds after this skill is activated. It also boosts the KMF skill gauge by 40% for 20 seconds. Also, his KMF gauge skill allows Suzaku to gain 50% more KMF skill gauges at the beginning of the battle. His useful cost-boosting ability makes him one of the top-tier characters in this Code Geass Lost Stories Tier List.

4-Star Cornelia is a Destroy-type character with 18 Placement Costs. With such a high cost, she is definitely worth it as the primary DPS of your team who deals an exceptional amount of melee damage with her basic attacks and skills.

Her active skill Britannia Witch is an amazing buffing skill where Cornelia provides an Attack buff to all allies equal to 20% of their attack for 20 seconds. Further, she boosts her own Attack power by 20% for 20 seconds and this effect happens after 1 second. Her KMF skill increases her own KMF skill gauge rate by 30% after she is deployed to the battle.

4-Star Kozuki is a Guardian-type character with 12 Placement Costs. Although Kallen is classified as a Guardian type unit, she is more suitable as a Charger due to her high attack stats and low tanking abilities which are expected from Guardians.

Her active skill, Ace of the Black Knights, increases her own Attack power by 20% for 20 seconds and increases her KMF skill gauge rate by 30% for 30 seconds. Also, when her HP falls below 50%, she won’t take any damage for 20 seconds, making her one of the toughest characters in this Code Geass Lost Stories Tier List. However, this effect is only available for one time when you put her on the battlefield.

4-Star CC is a Strategy-type character with 9 Placement Costs. CC is a DPS menace, coupled with her self-increased Attack power, she can destroy just about every enemy, except those in the air.

Her active ability “I Don’t Want you to Die” grants all allies a 20% HP shield according to their max HP as well as increases their Attack power by 20% for 20 seconds. Her KMF skill gauge also reduced relocation time by 29.2% when she is deployed on the battlefield. This makes her much faster to use even if she is defeated or if players wish to recall her early, as well as fasten her cycle of Shield and Attack buff on all allies.

4-Star Euphemia is a Repair-type character with 12 Placement Costs. Euphemia is a top-of-the-class healer which can keep your allies fully topped and ready to fight!

She is often noted as a cheat code to clear the main story mode easily due to the excellent healing and defense buffs she provides. Her KMF skill reduced her own cost by 3, hence her overall cost for the next use comes out to be only 9. A great healer at the cost of 9 is certainly nothing to be taken lightly of!

3-Star Jeremiah is a Charger-type character with 6 Placement Costs. Jeremiah is a great attacker that comes at a cheap cost. As a 3-star character, he is easier to obtain and can give you additional 19 costs when you dispatch him the second time.

On the other hand, his KMF gauge skill can reduce relocation time by 29.2%. Hence, he is a great assaulter in long-term battles as his cost can drastically reduce the more you dispatch him on the battlefield.

3-Star Gilbert Gilford is a Charger-type character with 6 Placement Costs. Gilbert is another cost-effective attacker just like Jeremiah.

Gilbert’s active skill will increase your team’s cost by 7 for the first 5 seconds and then 30 seconds thereafter. He can also restore 1 cost every time an enemy is defeated. He is also your top priority to be awakened and break limits when his dispatch cost will largely decrease when he was fully uncapped.

3-Star Villetta is a Destroy-type character with 12 Placement Costs. Villetta is a great attacker who specializes in flying enemies, which makes her a useful character in the early stages. Damage to flying enemies increases by 40% every 1 second for the first time and every 30 seconds thereafter. Her KMF skill also charges the KMF gauge by 50%.

3-Star Lelouch Lamperouge is a Strategic-type character with 9 Placement Costs. Lelouch, being the protagonist is certainly not looking out as one of the best heroes to be adding to your formation.

His active ability Stun is an AOE stunning ability that stuns all enemies in a certain range for 4 seconds. His KMF skill gauge also lets him recharge his KMF skill 30% faster for 30 seconds. As a supporting character, he won’t be your main attacker and won’t increase the attack power of your teammates. However, his stun can defer enemies’ attacks and you may find him useful in high difficulty content. But at the moment, he remains low-tier in this Code Geass Lost Stories Tier List.

3-Star Shirley is a Repair-type character with 12 Placement Costs. Shirley is one of the best healing characters in the game. Her 1st skill can increase her own recovery ability and her second skill can recover the HP of 1 character in range. Her high long-range attack stats make her perfect for KMF with the same type. However, as a Repair-type character, her range will face allies and make her long-range less useful in certain stages. 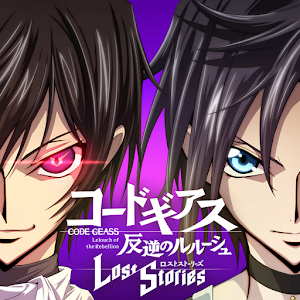