*This is a translated article by QooApp under the permission of SPICE. Reproduction in any form without permission is prohibited.

The Idolmaster Cinderella Girls is a mobile game spin-off of the original idol-raising simulation game, The Idolmaster. The series was then turned into a full-on media franchise with anime, CDs, albums, and live concerts, including M@GICAL WONDERLAND TOUR!!!, a concert celebrating the series’ 10th year anniversary that spanned from October 2021 all the way to April 2022.

This exhibition shows off the behind-the-scene work and the nitty-gritty that went into the live tour, such as the different costumes, stage designs, and many more never-seen-before items that made the five-part spectacle come to life. Below, we’ll be showing off what we saw at the media preview held earlier for the press.

▍A Bigger Picture of the Production Side

Walking through the entrance arched by video monitors and panels displaying the girls in their concert costumes, we are greeted by a display showing off the many logos that represent each of the live performances. The logos used were for Fukuoka, Chiba, Aichi, Saitama, and the Online Live event. Each of these logos was specially designed for the different venues and concerts.

The exhibit also features panels that tell the behind-the-scenes stories of the production and management crew from composition, direction, lighting, sound design, props, and many more. The panels not only highlight the difficulties the crew faced during the production, but also the enthusiasm and dedication they put into the tour with an aim of making it the best it could be.

There’s also a panel showing the details of the stage designs, together with a list that shows the itinerary, song list, the MCs of each live venue, and the different T-shirts sold during the tour.

Moving on from the large monitor showing footage of the concerts, we’re greeted by the zone decor with various costumes. All 72 different attires are displayed here, and we were overwhelmed by how many there were as well as the aura of them being the real items used in the tour performances. Some of the costumes were propped up on a rotating platform, allowing visitors to have a 360 view of the detailed craftsmanship of each design.

The panels describe how the costumes are meticulously designed based on their original illustrations in-game. They also explain the design process; first, tacking the design with the fabric, having the casts wear it, adjusting the silhouette, and finally being sewn as a full-blown costume. The costumes are designed to enable the casts to dance and move around on stage and are truly made with the utmost care for idols to perform on stage.

Each costume follows a concept and motif specific to each live performance on the tour. For example, the live concert “CosmoStar Land” which was held at Aichi Sky Expo, used the costume dubbed Ad Astra. The costume has a sci-fi motif, aesthetically reminiscent of something like a racing suit or a space suit, and the sporting embroideries depict the rocket theme.

Other costumes such as the Pixie Cape takes inspiration from the fairytale-themed concert in Fukuoka; ‘Tropical Carnival’; the 10th anniversary ‘Cinderella Collection’ costumes and many more are displayed together, accompanied by illustrations and descriptions on the panels beside.

Alongside the costume exhibits are the official concert light sticks that depict each idol’s silhouette. The exact same ones the Producer (fans and players of the game) waved at the concerts, lighting up the audience space at the live.

▍Statues and Flags Used at the Live and Many More

At the very end of the exhibition venue are the idol pop-up panels all grouped up together striking poses for a shot with the popular character Riamu Yumemi in front and center!

The two pegasus statues and flags that decorate the set, are indeed the exact same ones used on the stage as props. Things like these can be hard to get a good look at in the context of a live performance packed with other audiences, so this provides a place to be able to see it at close range.

The merchandise shop also delivers arrays of original trinkets for you to pick out, such as acrylic keyholders, 40cm acrylic stands, badges, T-shirts, and many more. An honorary mention goes out to the non-alcoholic champagne-like drink (chanmery) bottle with the commemorative 10th-year anniversary logo. Also worth mentioning is the free promo postcard giveaway (postcard designs will change after June 17 and giveaways are subject to availability).

The Idolmaster Cinderella Girls and its 190 unique idols have kept it going along with the support of many fans. The final performance of the live tour, which was the ultimate compilation of everything the series has gone through in these 10 years, bookended its long tour with a bang. The lead-up to the anniversary tour’s final concert especially kept things mysterious, with all the cast members and visuals being a secret right up until the moment they performed.

Don’t miss this opportunity to take a look at how the sausage was made for the anniversary tour at The Idolmaster Cinderella Girls 10th-Anniversary M@GICALCOLLECTION!!! Exhibition! And check out all the design works and outfits used at the concerts!

The original article was written by Shoko Nakano (中野昭子) and published by SPICE, which can be found here: https://spice.eplus.jp/articles/303404 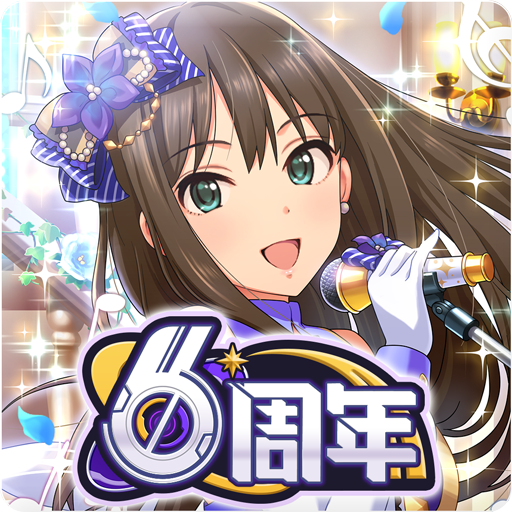