My. Qoo’s birthday celebrations continue! Have you visited our special event page yet? If you haven’t already, check out more of the greeting cards that Mr. Qoo received from friends in the gaming industry below then follow the link at the bottom of this article to go to the special event page!

Sonic Colors Ultimate is a remaster of the 2010 video game Sonic Colors. The game features 4K resolution and 60 frames per second visual upgrade. A new Rival Rush mode is also available, where Sonic will race through levels against Metal Sonic for unlockable rewards. It also allows players to spend in-game tokens to customize Sonic with different costumes.

Indielight is an indie game platform from China that brings indie games close to the public through online media coverage and offline events. In 2018, QooApp worked together with Indielight to create a unique offline event to introduce the tabletop gaming experience to more people in HK.

So-net is a subsidiary of Sony Taiwan. Starting from offering broadband services to becoming a game publishing company, So-net has brought many quality games to Taiwan players.

This year So-net celebrates its 20th anniversary. In celebration, they will be anthropomorphizing their three main services into adorable characters!

Taipei Game Show is the largest gaming convention in Taiwan, attracting not just local publishers but also titans from the gaming industry including SEGA, Ubisoft, Bandai Namco, and many more to attend. As a convention that celebrates games, Taipei Game Show also hosts the Indie Game Award in which QooApp is also part of the judge panel!

The Tale of Food is a mobile otome game where players go on an adventure with the Chinese food anthropomorphic characters. Your favorite Chinese cuisine such as Peking Duck, Dumpling, Mapo Tofu, and more turn into handsome guys to fight with you! You can also develop a romantic relationship with the one you love the most.

因格瑪の預言: Puzzle & Tales (Editor’s Translation: Prophecy of Enigmite: Puzzle & Tales) is a fantasy block remover RPG that recently hosted an open beta. The story follows the protagonist who sets off on a journey to save his younger sister.

In Neocraft’s Guardians of Cloudia, players take on the role of a Skywalkers starting adventure at the City of Cloudia. Choose among five basic classes, customize your gear and collect over 100 pets. The vast open world full of various PvE and PvP modes await!

Check out the previous highlights here: 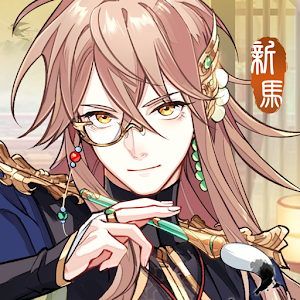 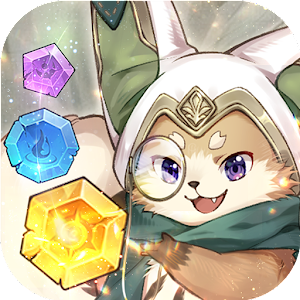